The ban on flights will come into force from 22:00GMT and last until the end of January, prime minister Benjamin Netanyahu said in a statement.

Jamaica minister of tourism, Edmund Bartlett, has revealed that the country has bolstered its Covid-19 testing infrastructure to meet the growing demand for such tests.

Ryanair has been forced suspend its âjab and goâ advertising campaign after a ruling from the Advertising Standards Authority following hundreds of complaints.

The company hopes to offer commercial planes which are capable and certified to fly on 100 per cent sustainable aviation fuels by 2030 in an attempt to cut carbon emissions.

Carnival Cruise Line has extended its pause in United States departures until at least April 30th. At the same time, Australian operations have been cancelled until May 19th.

Turkmenistan Airlines has placed an order for two A330-200 passenger-to-freighter converted aircraft. The order marks the first time an Airbus aircraft has been sold in Turkmenistan.

Chelsea Olson joins the business with over ten years of experience in hospitality and marketing. Her career has spanned from media and editorial to public relations, communications and branding.

Focus: Things to consider before you visit Chernobyl

The term âChernobylâ has now become associated with tragedy, despair, and grief. Itâs been over thirty years since the day of the chaotic Chernobyl disaster. Yet, it remains as one of the most dreadful catastrophes in the history of mankind. Several generations have passed, but the appealing stories and gripping artifacts left frozen in time have tickled the curiosity of a new generation of people from all parts of the globe.

The national carrier of Qatar continues to rebuild its network, which currently stands at over 120 destinations with plans to increase to over 130 by the end of March.

Research from Cirium comparing daily fleet activity for the past 90 days shows how easyJet placed more than half its aircraft in storage to reduce capacity.

The Spanish company will offer free on-site Covid-19 antigen testing for guests at its ten hotels in Mexico and the Dominican Republic who are staying for more than three nights.

Having been recognised as the best-in-the-business by voters at the World Travel Awards, Breaking Travel News here chats with Anabela Almeida, general director of Consolidador.com, to find out more

From the early 2000s, Downtown LA has witnessed a quick revitalization after the adaptive reuse ordinance was passed which made it simpler for developers to convert and construct new spaces. In the year 2007, more growth spurring amendments were made to zoning rules of the area and now Downtown represents one of the quickest growing neighbourhoods of LA.

Ovation Travel Group clients and travellers will continue to receive the outstanding, high-touch service for which the business and its people have become so renowned over the last 36 years.

Master developer Nakheel hosted a company-wide Covid-19 vaccination drive for employees and their families. The effort is part of a commitment to prioritise staff wellbeing,

The sale of the cruise ship is in line with parent company Carnival Corporationâs plan to accelerate the removal of less efficient ships from its fleet.

Airbus hopes to produce 45 A320 family planes per quarter by the end of the year, down from the 47 initially anticipated. A decision on a potential change in A350 production rates has been postponed.

John Mangelaars will replace Moshe Rafiah, who has been splitting his time as chief executive between both Skyscanner and Travelfusion, the company he founded over 20 years ago.

The Nairobi satellite centre will be a focal point for developing, coordinating and supporting resilience-building and response efforts in the tourism sector.

Qatar Airways will add its 12th gateway in the United States with the resumption of four-weekly Atlanta flights starting June 1st.

Back To The Top Of The Page 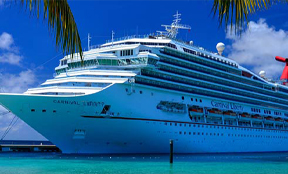 No longer the sole preserve of the rich, cruise holidays are now an affordable and popular option with holidaymakers everywhere. Nonetheless, once you have booked your first cruise, your mind will inevitably turn to things like seasickness, luggage to pack and how to keep your children entertained etc. Follow the advice below and your first cruise will be an enjoyable experience. If you can, it is best to limit your travelling time before you set off for your first cruise. Ideally, you should book a cruise which leaves from your native country and (if possible) near to where you live. You will have enough things to think about when you are embarking on your maiden cruise, without the hassle of having to catch a flight. 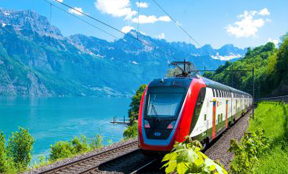 Train travel is an ideal means of transport in the UK and the rest of Europe. Rail travel is fast, practical and convenient in both urban and more rural areas. Railway stations often allow for car hire services if you need access to a car or perhaps need to venture to an area not accessible by train. 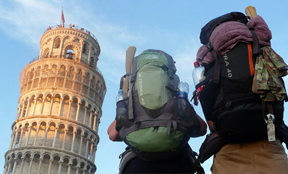 Trekking holidays are a great way to get away from the routine, get some exercise, fresh air and get back in touch with Nature. However, in northern Europe there exist a couple of drawbacks for a really good trekking holiday. First, the summer the climate is unreliable; a trekking holiday in the Scottish Highlands or Wales almost certainly means getting wet at some point. Also, finding some solitude and peace and quiet almost anywhere in the UK is not easy; during school holidays National Parks can be busier than city centres.